The Arameans controlled large parts of Mesopotamia, northern Syria and southern Turkey. They established several kingdoms that numbered 28 kingdoms allied in times of external danger, such as the attack of the Assyrians from the east, or the attack of the kingdom of Israel from the south.

Aleppo was part of one of these Aramaic kingdoms called the “Kingdom of the House of Agushi”. The Israelis could not overcome the Aramaic peoples until the Assyrian conquest came, which destroyed all. 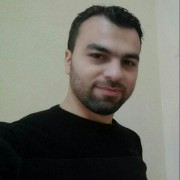